A Summer Top in Oakshott Cotton 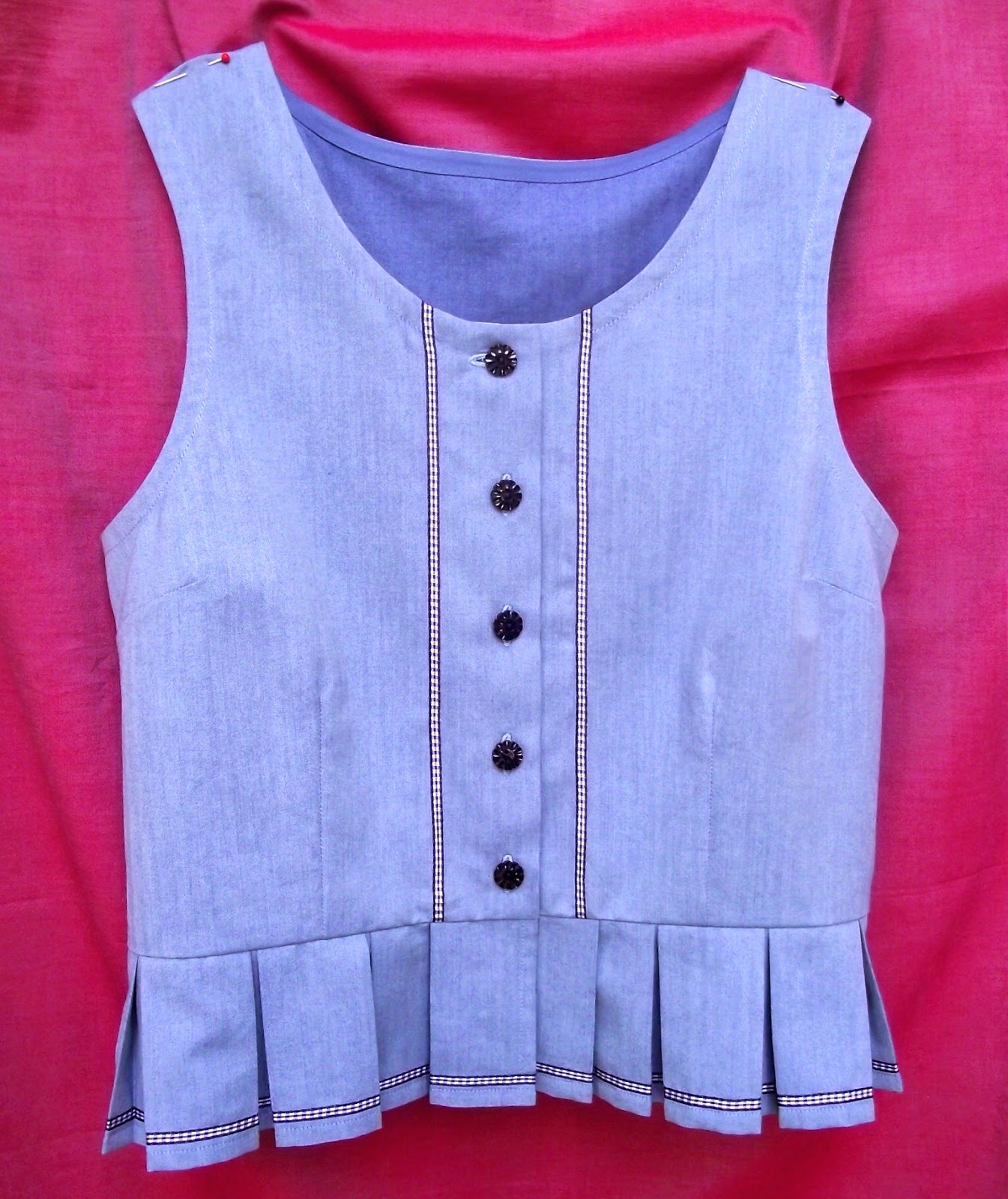 Last week I finished not only the batik top, but also this rather smart version in pale blue.  It is made from one metre of Oakshott Calluna Herringbone in harebell blue.  The only differences between this top and the batik top are firstly that I cut the armholes a fraction lower for extra comfort - somehow the finished batik top felt a little tighter than the test in calico, probably because the finished armholes were bound - and secondly I had a little more fabric to use so I could take the pleats right to the centre front.

This was the first time I had used the Calluna Herringbone, so I was interested to see what it would be like to work with.  Before cutting out I washed and ironed it.  There was a tiny bit of shrinkage and no dye run to speak of. 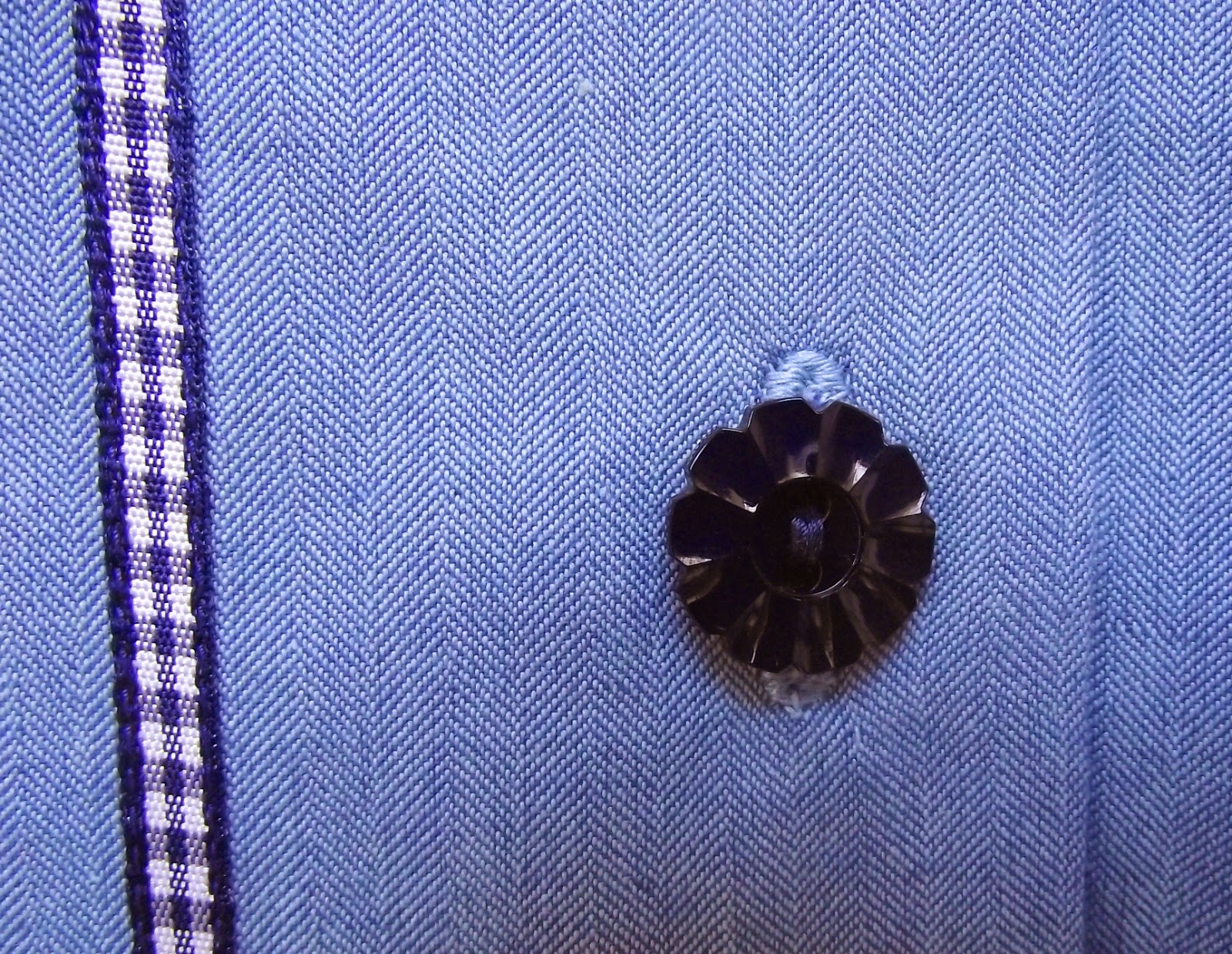 The herringbone weave gives a real vintage look, and choosing the buttons and narrow ribbon for trimming was serious business.  I spent a ridiculous length of time in the shop, but it was time well spent.  The check ribbon is really delightful, and the way the buttons reflect the light gives them a two-tone appearance which goes well with the ribbon.

Because the herringbone is a twill weave, there is a definite right side and wrong side.  The paler blue warp threads give a slightly ridged effect, emphasising the paler colour on the right side.  The darker blue weft threads predominate on the wrong side, and the surface is flatter. 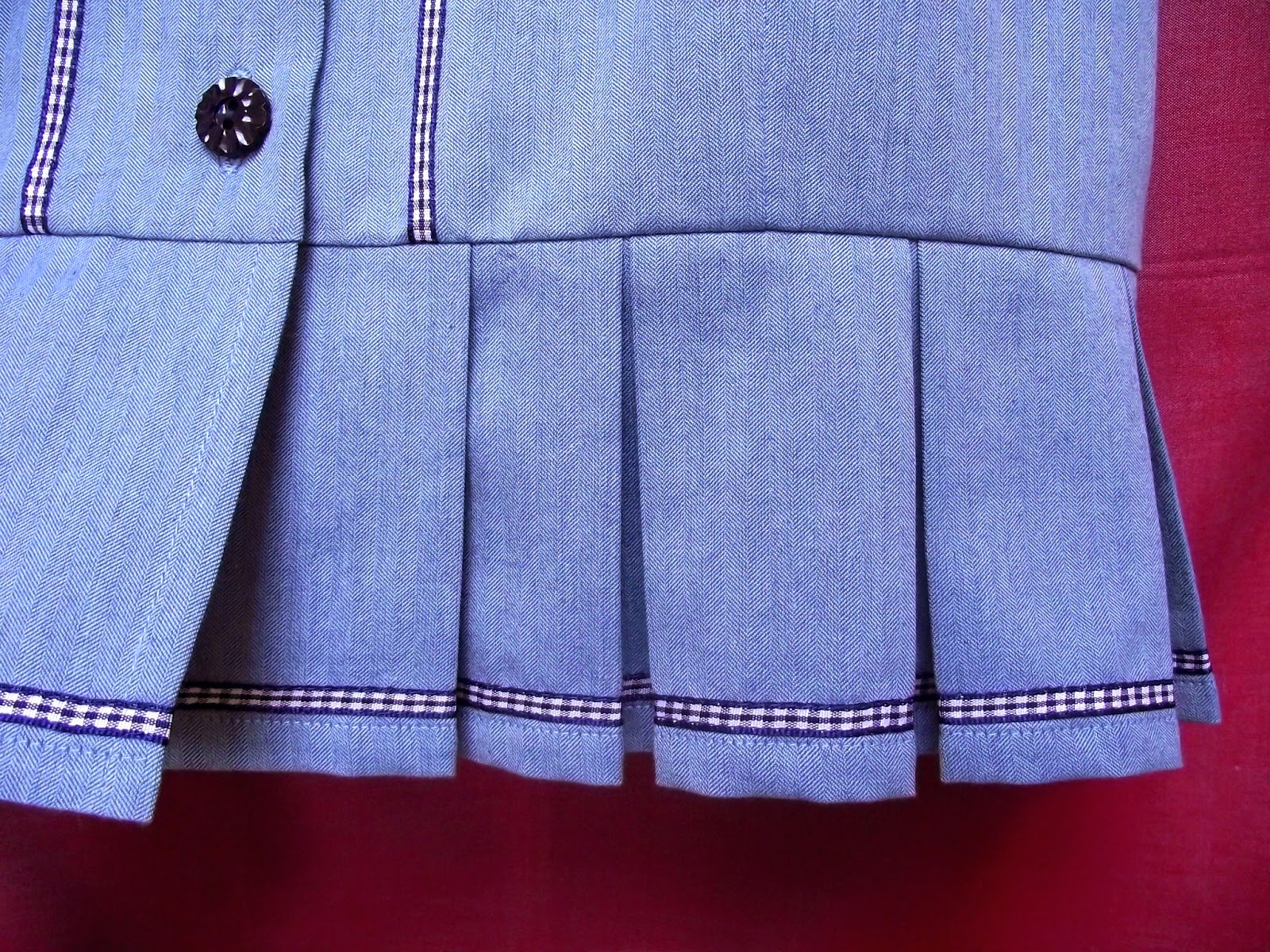 Having a stripe in the weave gives all the same advantages as working with an obvious two colour stripe.  It saved time when finding the straight grain of the fabric for cutting, for folding the front overlap, for lining up the buttons and buttonholes, and even measuring the width of the pleats. Here is the inside, with not a raw edge in sight. 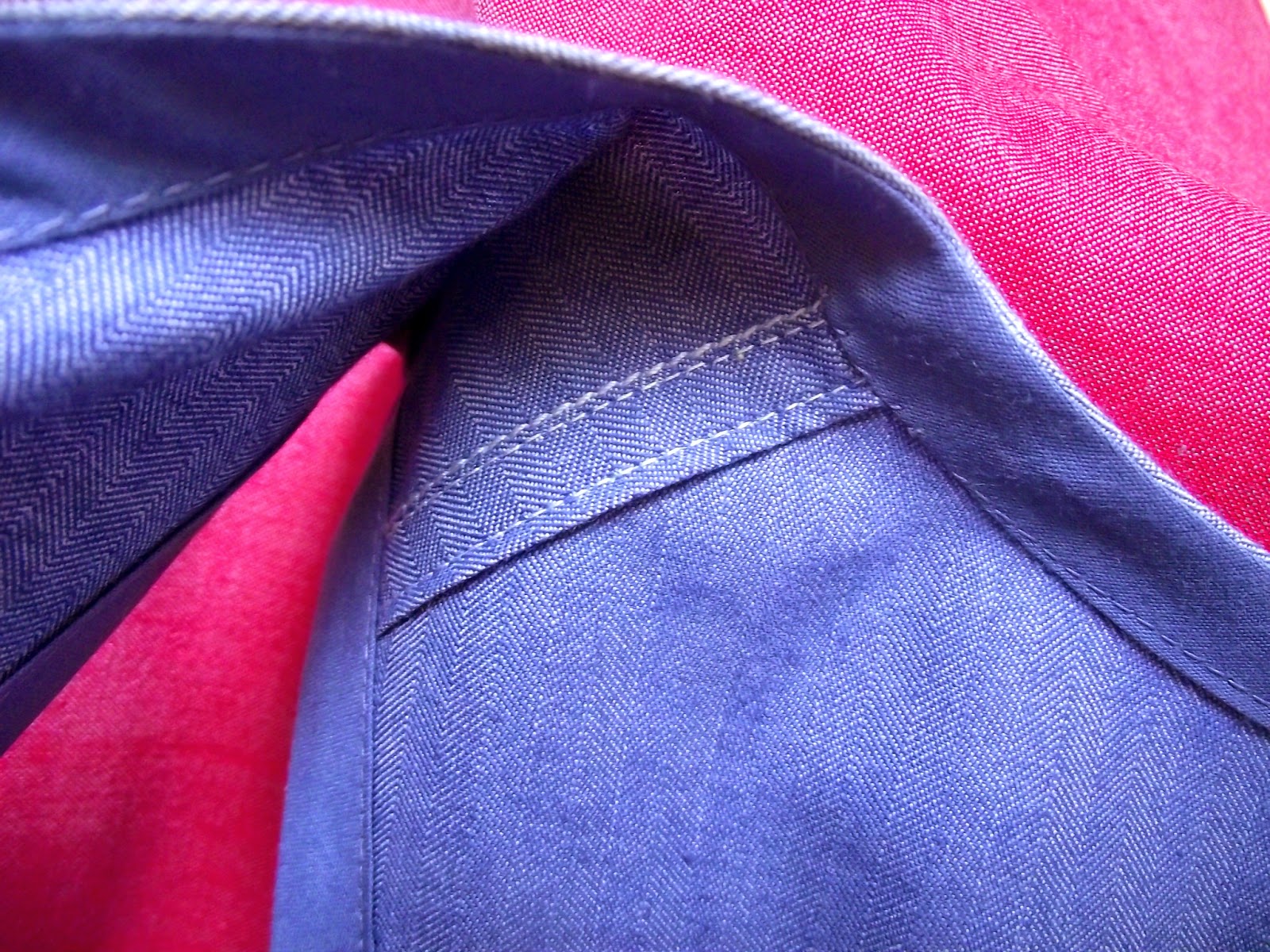 After putting in the darts, the first seams I did were the felled seams at the shoulders... 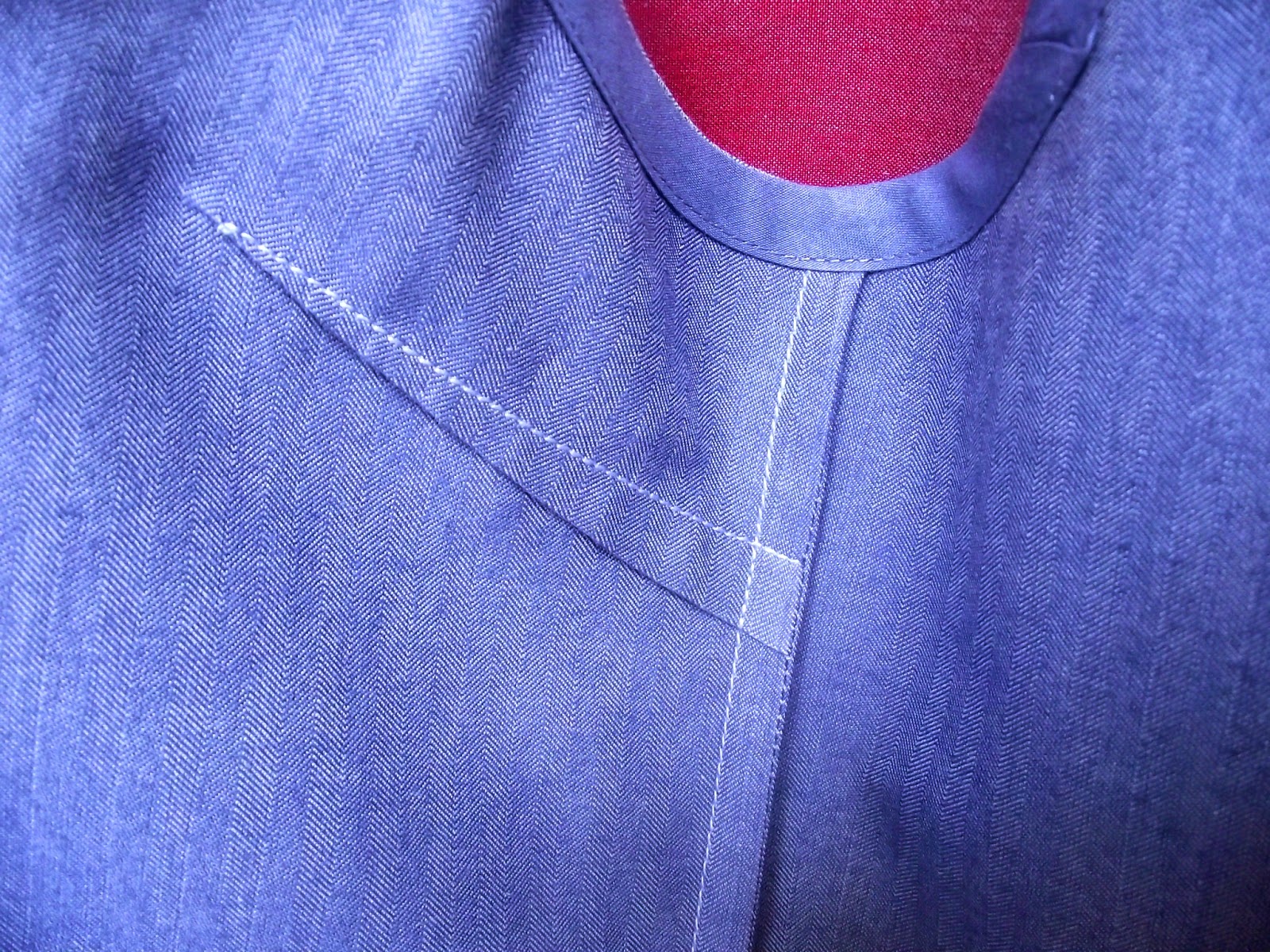 ... followed by French seams at the sides.

To finish the neck and armhole edges I used narrow bias binding... 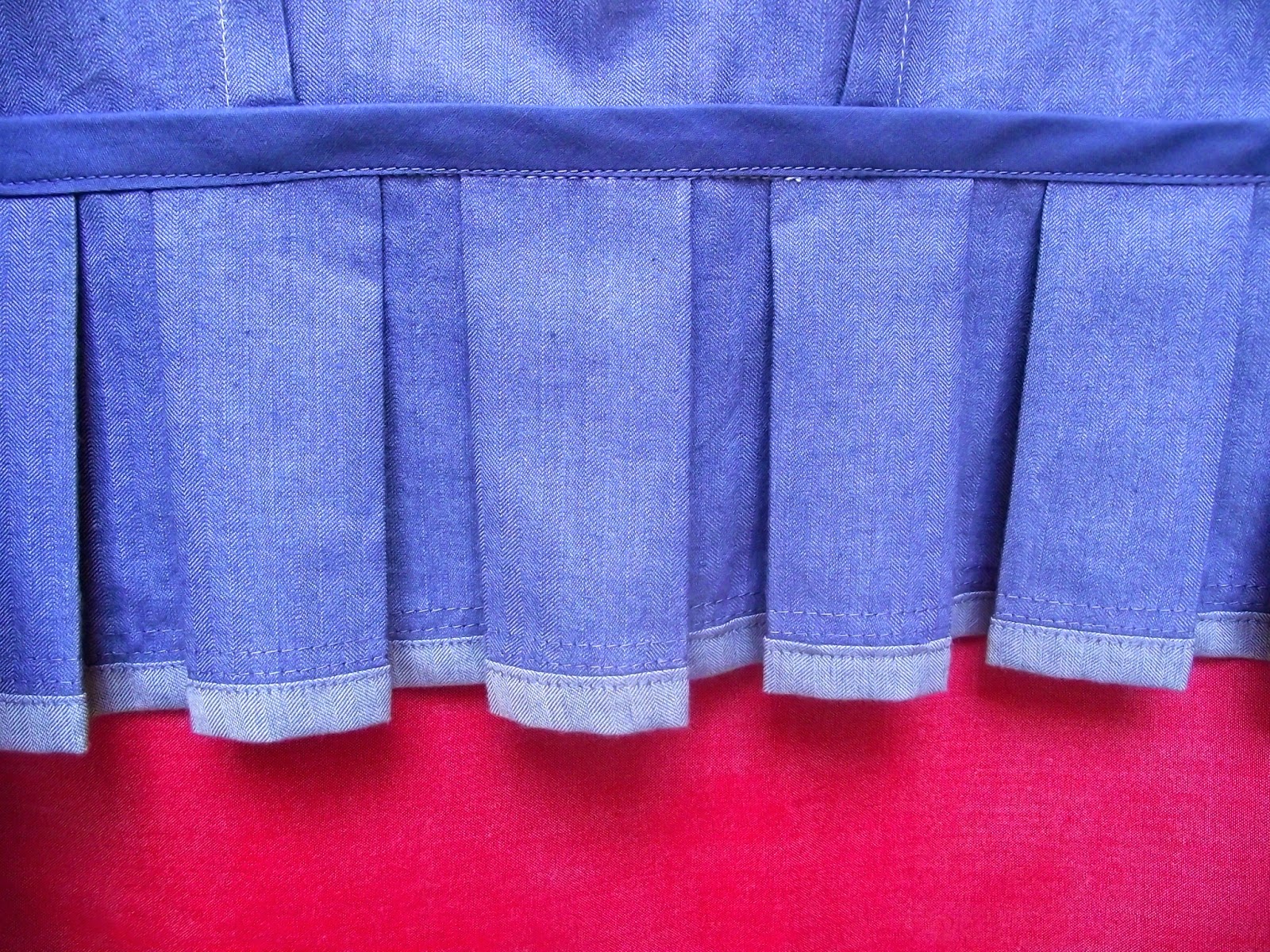 ... and the seam attaching the pleated frill was finished in broader bias binding in the same shade of blue. 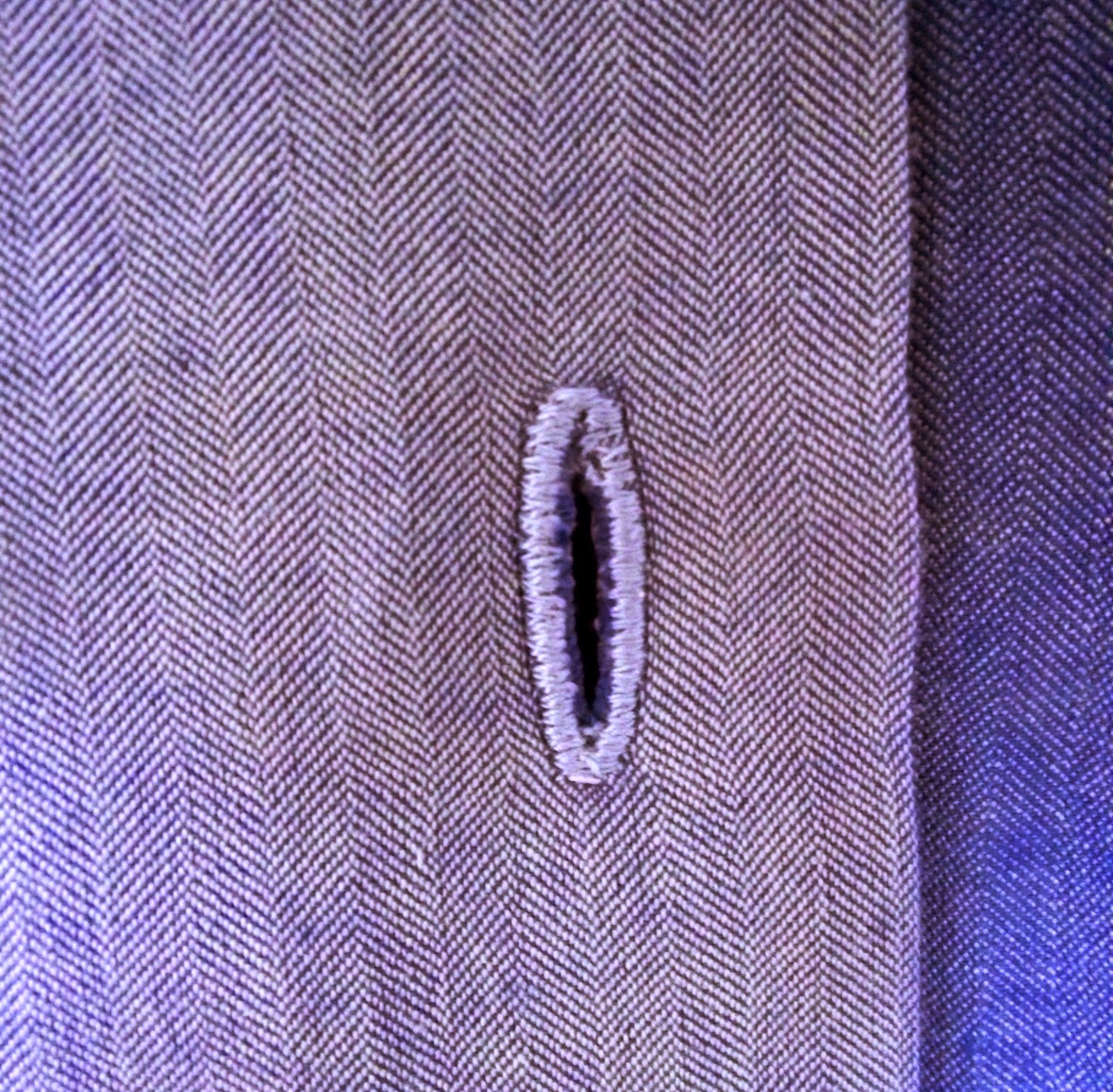 For all the machine stitching I used the 1949 Singer 15K hand machine, except for the buttonholes, where I used the 1936 Singer 201K treadle and the unidentified buttonholer. 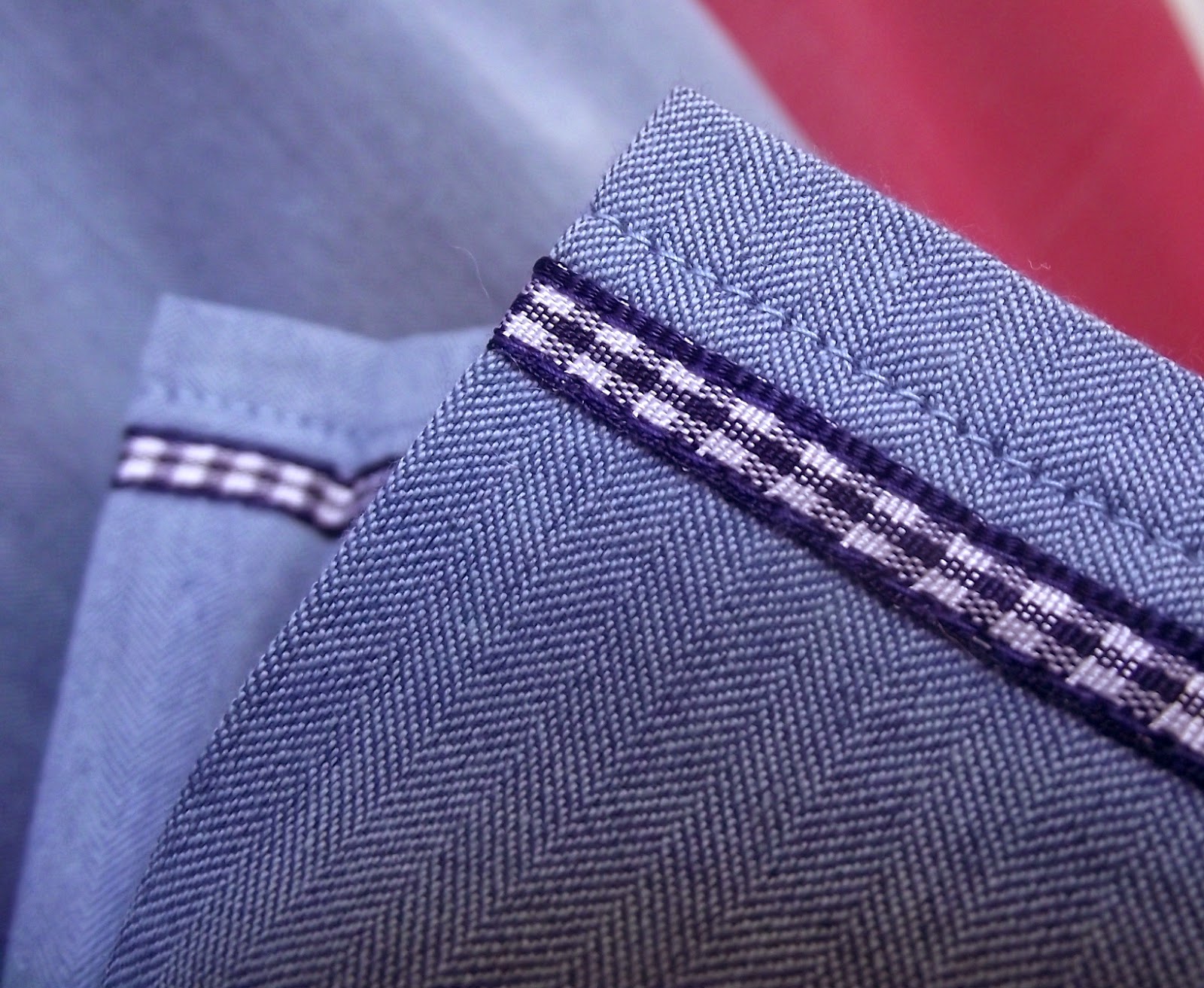 The quality of this cotton is quite exceptional.  It is soft to the touch, and is a medium weight, so cool for the summer, but with sufficient texture to give a good insulating layer in winter.  From the feel of it before cutting out I knew that it would drape and gather well, so I decided to test how well it would hold a crease.  Nothing short of perfect, as you can see. 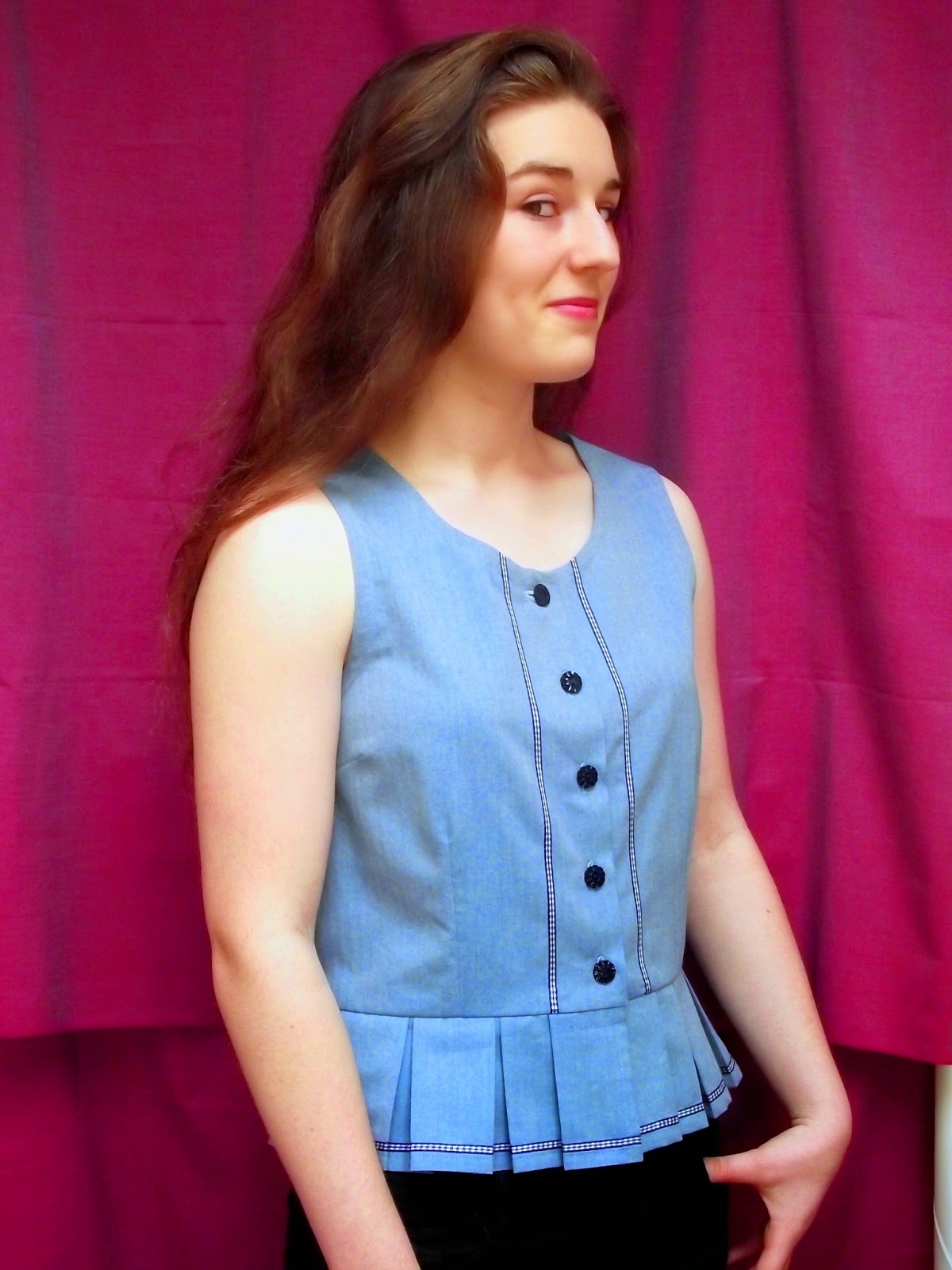 Finally, here is my in-house model very sportingly wearing a colour that doesn't really suit her.  It looks far better on her old mum - not that the colours on this photo are accurate anyway.  The joys of taking photos in natural light indoors in cloudy weather.

Every time she moved the neckline went out of shape on her because the shoulder seams were adjusted at the calico stage to fit me exactly.

Also there was a fair amount of Muv and Daught banter going on.  I pay her her modelling fees in cake, and she was angling for macaroons.  Not the cheap and cheerful English sort made of coconut with a glace cherry on top, no the posh French sort.  She has expensive tastes.  At her age I would have been more than happy with a sticky great slab of lardy cake.

Linking up today with Connie's blog Freemotion by the River for Linky Tuesday
Posted by Muv at 8:30 am