Pictures for Sunday - Heat and Ice 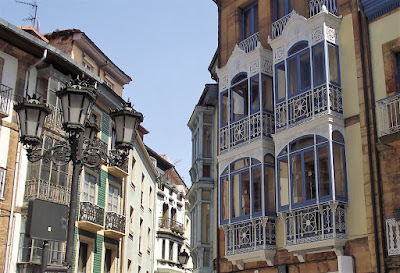 Delightful houses in the old part of Oviedo.  Glass covered balconies are common in Northern Spain on account of the (relatively) cool and wet weather.  We managed to be there for a heat wave early last week, when a blast of dry wind came up from the Sahara.  By the end of the week the heat wave had reached Southern England, so temperatures at home were higher than where we were in Spain. 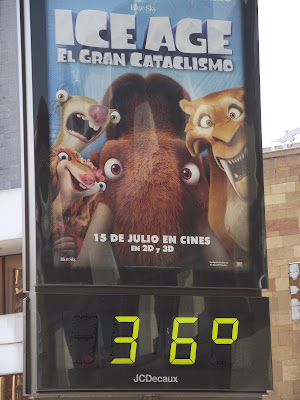 We could have gone to the pictures to cool off in the air conditioning, but coming back outside might have been a bit of a shocker.

Email ThisBlogThis!Share to TwitterShare to FacebookShare to Pinterest
Labels: A Pretty Picture for Sunday, Spain